Wedding at Queens Head Nassington: I met Simon & Penny during a wedding show where we got talking, a couple of weeks later we met up to finalise everything and they commissioned me as their photographer. I’d been wanting to photograph a wedding at the Queens Head for some time so was delighted at the prospect. It’s a great venue in the middle of Nassington village with the river Nene at the bottom of the garden and place which I’ve know since childhood. On the wedding day I was to move around quite a lot so was going to have to keep a close eye on my timings. I’ve had plenty of experience in similar circumstances so its  wasn’t a big issue, but I always want to make sure I’m on time and can shoot as much as possible as well I can. The day began at Penny’s parents home where I’d arrived before everyone had even returned from the hairdresser, including the bride’s father who I understood would be there to let me in! Not the most confidence inspiring start as I checked and double checked I had the  right house number! 10 mins later all worries where behind me, they were back and I got on with the task of shooting Penny’s wedding dress, accessories and flowers. cont’d…

A small selection of my favourite photos from the Simon & Penny’s wedding day can be seen below, and in the short video slideshow (turn the music up for full effect).

Next was the Queens Head in Nassington where I was to meet Simon, his 2 young sons and the wedding guests in the bar for some candid shots. We’d arranged that I would then ride with all of them on the routemaster London red bus (courtesy of A1 bus.co.uk) to Oundle registry office where they’d be married.  Wow, what an experience! The old London bus bounced along the country lanes to Oundle registry office. I photographed the whole way hanging on for dear life near the open rear quarter of the bus, camera in one hand. Penny arrived at Oundle Registry office in an immaculate vintage Rolls Royce and the ceremony, especially emotional because the additional dimension of two families with young children joining went off

without a hitch. Simon & Penny had kindly agreed for me to be filmed by Michael at TopRoom productions for my film. So from that point on I was filmed in the same documentary style to which I was shooting the wedding! I had planned to run down into Oundle centre so I  could shoot the Routemaster bus leaving Oundle registry office to get photos of it travelling along the road, I then jumped on the back and photographed Simon, Penny and guests on the journey back to Fotheringhay where they’d wanted to have a big group shot to include the bus. We took a stroll down the leafy path leading to Fotheringhay church and then three of us  hopped into the Roll’s for a luxurious journey back to the Queens Head in Nassington.

It was great weather and drinks where in full flow in the garden down by the river when we arrived back at the Queens Head. Guests mingled and chatted and we shot the family groups in about 20mins.After the wedding breakfast I was back in action to shoot the wedding speeches. It was a big day for Simons teenage son who had assumed the not insignificant role of best man and duly delivered a magnificent best man speech.  Its times like these that I constantly look for changing expressions, connections between guests, a touch or a look between bride and groom etc. The first dance arrived and following a couple of hen and stag shots outside it was time for me to wish Penny, Simon and their family all the best for the future and them bid farewell.

If you would like an informal documentary wedding photographer, are considering getting married at Oundle Registry office or are considering having your wedding at the Queens Head in Nassington please don’t hesitate to contact me. 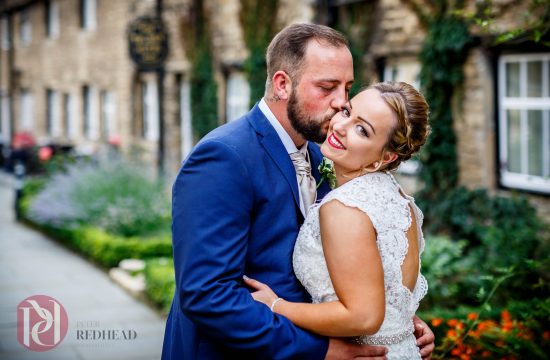